Any plans to get the game out there? 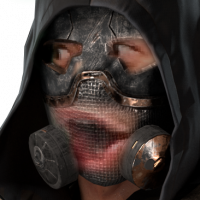 As most of you know, this game has failed before. That's the entire reason a reboot was done. But unfortunately it seems the same fate awaits it recently. As a dedicated fan I really don't want this game to fail again. So, my question is, any plans to get this game's name out there?

A good idea could be a DBD crossover again. Sort of like the L4D cosmetics. Like, a Legion skin that looks like a DG skin, or a DG skin that looks like The Legion. Or Stalker Huntress, or Huntress Stalker. Or, hell, bring Fog into DBD or something to revive the playerbase. It doesn't even have to be DBD really, just anything that could bring attention to this game.