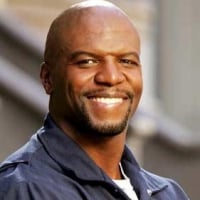 I want to talk about two bugs related to interaction in the game, the first affect scavengers and give an additional advantage to the hunter. The second affects both sides, but is worst for scavengers.

First bug is the most unfair bug in the game. When you interact with something in the game you can see a ray of light between your hands and the thing you're interacting. The problem is that sometimes this Ray of light doesn't disappear after you finish the interaction. So Hunter can see this and follow it anywhere in the map, you're automatically dead. I try to no kill scavengers that bugs this way because is very unfair, they don't have any chance to hide, because I can see that Ray of light coming from somewhere and follow it to the scavenger.

The second is no interaction problem. Sometimes you get a bug that you won't be able to collect anything anymore. You may have no vambrace power but you can't interact with the power core, you may have no bolts but you can't collect the ammo crate. For hunters, when this happens you just need to use the stun and the bug is fixed, but for scavengers it commonly remains the all match.