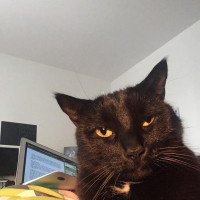 With the reboot of Deathgarden we accomplished many of the goals we set for ourselves: a darker world, unique characters with “Power” progression, and optional (but still impactful) team play. We’re continuing to improvethese aspects with the very helpful feedback from the community.

As the patches keep coming and the content keeps flowing, we’re working on adding much more to the game. Some of you might already know that we’re working on a new Hunter that’s slightly less aim reliant. We heard your feedback, and we’re exploring different ways of aiming and different weapon styles for upcoming characters.

Prior to the complete revamp of the game, there was one idea that we shelved because of time pressure: a 2 Hunters versus 10 Scavengers mode. With the reboot behind us, we have the opportunity to test this mode with you, the community.

This mode has many interesting possibilities for Deathgarden—a way to play Hunter in co-op being the first obvious result. It’s a feature we have received feedback on almost every day since we revealed the game a year and a half ago. For Scavengers it creates an even deeper sense of dread and fear—something that has recurringly been a part of the positive feedback. It also allows for further team play with the possibility of multiple Scavengers helping each other out in many parts of the map.

Testing a new game mode is no small feat. We are aware there will be balancing issues with our first iteration, and therefore we want to test it out quickly with you. Your help and feedback are precious for the development of the game, as we wish to deliver the best experience possible. We have already made several changes to support the game mode, and we expect to keep working on it with your help.

As for the near future, we teased a new addition to the Locker Room: the cosmetic vendor. Character customization is something that’s been requested for a long time, and it is finally coming to Deathgarden. We also continue to work on new maps, Hunters and Scavengers

We hope to see you in the garden,