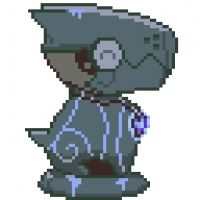 I'm a gamer with an interest in a wide variety of genres. On some platforms, I go by AutofireII simply because someone else might have taken that name already. (Or in the case of Steam, there are so many other "Autofire"s that it used to be tricky to find me there sometimes.)

In the DG, I've played mostly Hunter, but I also played a bit of Scavenger. This is a bit ironic, since I bought the game because I was interested in the stealthy side of the game when I first picked it up. But I started playing a fair amount of Hunter simply because the matchmaking was much shorter.

I primarily play Stalker, but mostly for the Lucky Charm perk and the Fade. I first picked her up for the sniper rifle, but I realized that the sniper rifles just aren't too great. Initially, my aim was trash (I don't play a lot of FPS games), but I've been getting a bit better.