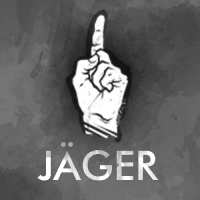 Welcome. In this - short - guide I'll take you over the most important stuff you should know, before you start playing, or complaining about the killer executing you. This guide is revolved around new players.

You're 5 survivors getting chased by a hunter. If the hunter kills you, it can execute you, and you're out of the game. Because of that, you have to play carefully. The main objective is to gather blood and drop it off at the delivering points(A, B & C). When your team has delivered 125 blood, or the timer runs out, the exits open, and when you enter, you're out.

Alright. To start off with, we're gonna go over your loadout.

The bow (available to all scavengers)

No - you can't use this to kill the hunter. The bow can destroy turrets(explained later) and mark stuff so your teammates can see the aura of them. Maximum arrows: 20

Note: the hunter can hear you shooting your bow. So don't just mess around

Used to refill your ammunition by 10.

Used to refill your characters ability(read further down) by 3(maximum). 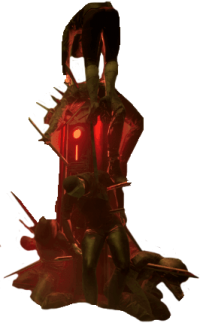 Used to gather blood to escape. Each gatherer contains 5 blood, and will slowly regenerate after being emptied. You can only carry 10 blood at a time.

Using objects
Unlocking objects near a teammate (5 meters, I belive) will result in both of you receiving the reward. This counts for ammo boxes, power cores, blood etc. If a teammate is near, wait for him before opening an ammo box or gathering blood. Using an object will put it on cooldown for an amount of time. In this time period, the object can't be used by anyone. 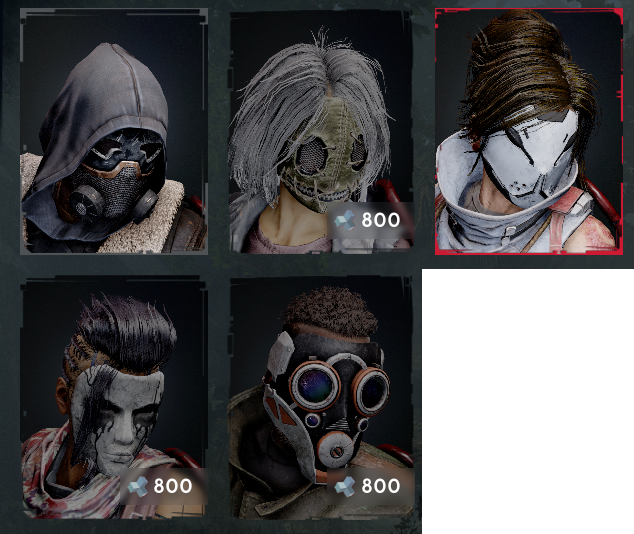 Each character has it's own unique ability. You can see your ability under your arrows in the down-right corner.

A short list of the characters and their abilities ordered by usefulness: 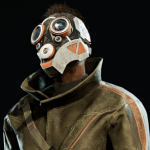 1. Ghost (Invisibility) | Difficulty: Medium
Ghost is the best, simply because he can disappear instantly, which makes it very easy to mindgame the hunter. Using his ability on knocked teammates hides them, and gives them a better shot at finding a health-pot. 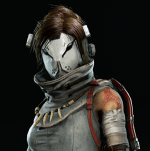 2. Sawbones (Healer) | Difficulty: Easy
I recommend you play Sawbones first. She's a healer, both on herself and her teammates. You're able to heal yourself in chases, and heal knocked teammates to revive them. 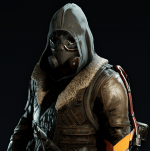 3. Fog (Smoke) | Difficulty: Easy/Medium
Fog is amazing in chases. You've got three smoke grenades, that all make a massive cloud for you to disappear in. Use them on knocked teammates, so the hunter can't find them. Tip: Shoot smoke the other direction than you're running to trick the hunter to walk over there. 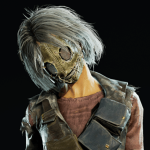 4. Switch (Cloning) | Difficulty: Hard
Switch is alright, but I'd pick Ghost over her anytime. You're able to clone yourself. It can be a bit hard to learn, but can be useful in some scenarios. 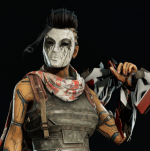 5. Inked (Shield) | Difficulty: Easy
Inked is decent. Her shield isn't the strongest, but she's got a camo too. I still see her as one of the low-tier scavengers.

Because of the hunters ability to execute you on knockdown, you have to play carefully. I recommend doing early game stuff in this order:

1. Drop down. Find an ammo box and power core. The hunter will spawn on the other side of the map, so don't rush through the middle.

2. Get your eyes on the delivering points, and mark them with your arrow if you find one. Find blood gatherers and get max blood, and get an idea of where the hunter is. Look at your teammates' healthbars, to see if they're getting chased. If so, you're all clear and can deliver blood to the points. Delivering takes time, so always make sure you have an idea what to do if the killer comes.

If you don't know where the hunter is, don't just rush to a point. It'll jump in from the side and execute your ass.

3. Main game has started. Always make sure to be stacked up on ammunition and power cores.