A small rant on how the game has changed. 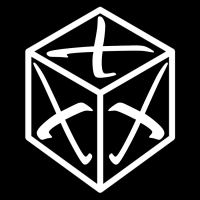 I'm going to preface this post with the fact that I played during the closed beta. Regardless of the balancing issues during that time, I genuinely enjoyed playing the game as a scavenger. That being said, the changes that took place in the BloodHarvest update are unwarranted in my opinion.
I understand the fact of having the hunter be this unstoppable beast, but being able to kill immediately off downs is crossing the fine line that this game aims to create. The blood post was a great way of navigating this issue, but as the developers said, it wasn't giving the hunter control over the scavengers as it should be. There has to be some sort of middle ground that can be reached in that area.
The only game mode in the new update can also be played only so many times before it gets to a point of annoyance. The key and capture modes in the beta were a nice touch and I think it could improve the game a lot if it was added back in.
Finally the stuff that the developers did right in this update; characters. Despite the fact of my opinion in this matter, I do think it was a good idea to add them. The scavengers were much too powerful in the beta with what they had available to them and the character system is a good way to balance that.
Then again these are just my opinions, this was the best place I thought to put this but if its not, feel free to do with this post as you see fit or feel free to tell me where I can move it.